A discussion about woman in the bar industry 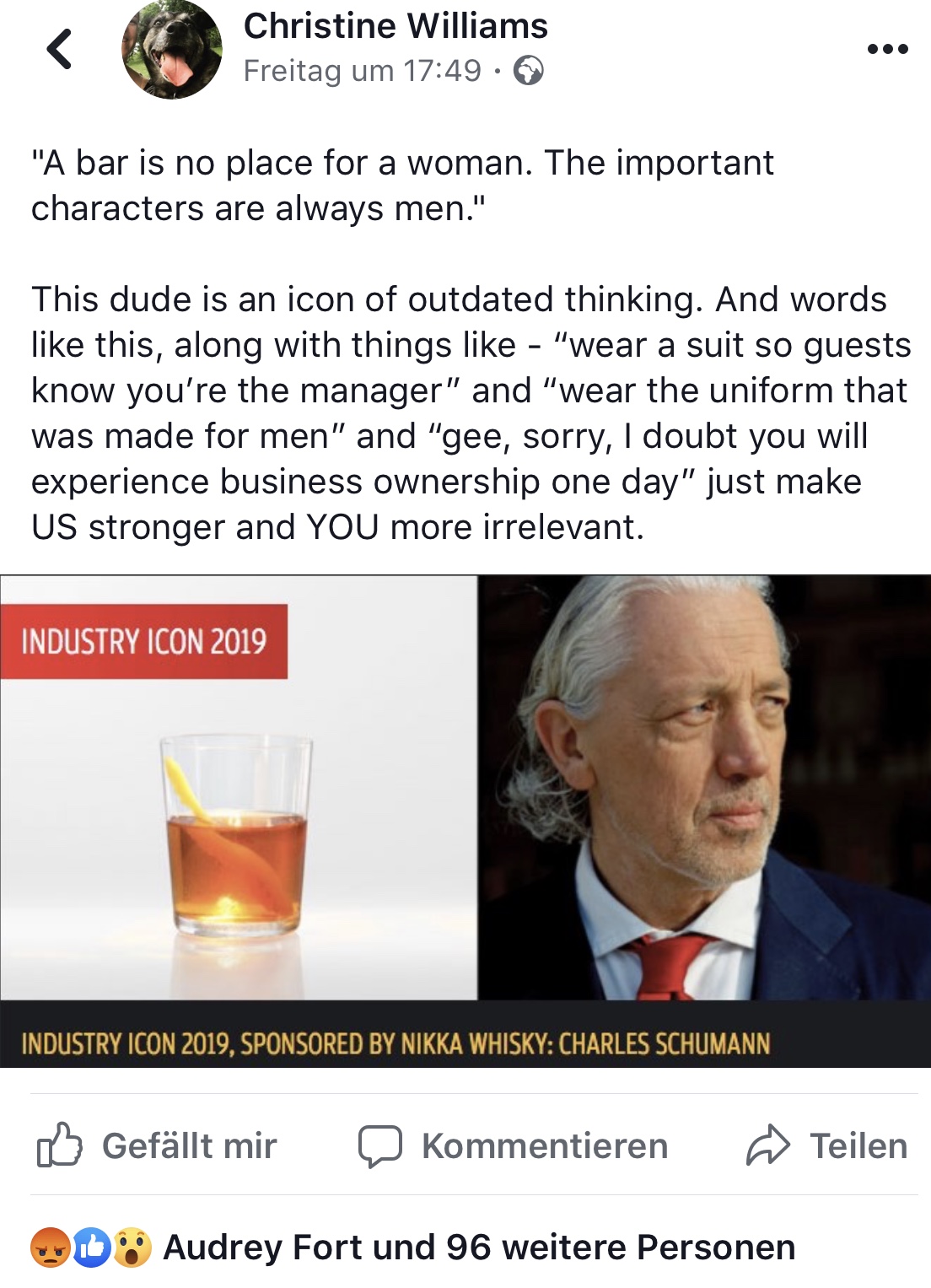 Last night I was part of a discussion on facebook. It took place at Christine Williams profil -
find a link here: https://www.facebook.com/christine.wil…/…/10221226072987813…
I became quite emotional because the tone used in this discussion was very disrespectful. People called Charles Schumann "Prick" "Ashole" "Trash" and more. I felt to join in, as this made me angry.
Charles Schumann is a friend of mine. I respected him for years. He did and does so many things for our industry. And supported many young, old, male, female bartenders in many ways like only a few of us did in the past. And he still continues to do so. In his daily actions and work Charles is always supporting women.
But regarding the discussion, I like to set a few things straight:
Charles sentence/quote „women should not work behind a bar beyond 3 pm" in that film and quotes given in interviews in this regards are misogynist. Julie Reiner and Christine Williams are right to point this out. Public statements like this are wrong and it is good and about time to make this a public discussion. Quotes like this are disrespectful to women and we should support equal rights in our industry every day and lead by example!

I personally also believe that if one likes to be respected one should always lead by example and critics should be held respectful and always open for debate. Excluding one side or view/opinion is not going to help either side nor going to leas somewhere.