Bar Magazine - Thinking About the Drinking 2

Why Bertha E.L. Stockbridge is kind of a new „Jerry Thomas“. About an unknown public rare drinks book from 1920 brought by the French Connection.

"A box of chocolates underneath a bough,
An ice creme cone, some lemonade, and thou
Beside me singing in the wilderness
Make prohibition Paradise enow"

A few days ago, Thierry Daniel an Eric Fossard brought a fantastic selection of french oysters to Le Lion. While tasting an outstanding selection of this Oysters, they both told me about a very special book. As far a I know the first ever published drinks book only about non alcoholic drinks.

Ladies and Gentleman, Bertha Stockbridge, the Jerry Thomas of the „Nonalcoholic drink“

What to drink; the blue book of beverages; recipes and directions for making and serving non-alcoholic drinks for all occasions (1920), by Bertha E.L.Stockbridge.

To me, this is one of the most unknown, maybe most under ratted bars in germany. Volker and his Team are doing a fantastic job in Capri Lounge Cologne. As Thierry and Eric from Paris Barshow Cocktail and Spirit called me at the End of last Year to ask "Which german bar should present at Bar Show Paris this Year" my answer was "One of the coolest Underdogs in Germany: Capri Lounge". Now its official. So DO NOT MISS Cocktail and Spir…
Kommentar posten
READ MORE 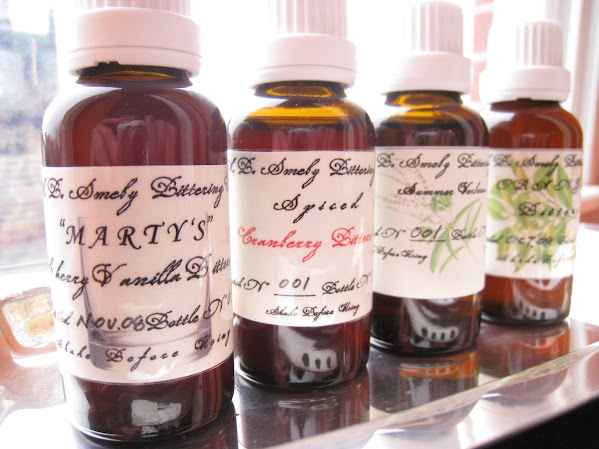 Americans! Don't be affraid of a not existing Angostura shortage. Louis Semby, 28 years old, made it in the last month to place some og his kitchen made bitters in Gotham bar & Grill, Braeburn, PDT, The Vanderbuilt, Buttermilk Channel, Quarter bar or the White Star. Some flaours are: Spiced Cranberry, Black and White, Vanilla, Forbidden Bitters, Lemon Verbena bitters and Hibiscus Rose.

Louis just started to blog about his project:  http://absmebybitteringco.blogspot.com/

His new Company can be found soon here - http://www.absmebybitteringco.com/

Looks like there will be some Brooklyn Bitters in the near future! Louis, when ever you ship to germany, let me know!
Kommentar posten
READ MORE

Great Papa Jules, Julien Gualdoni, will open a very cool Night Club for the "Mahiki" Gang in South Kensington. It will be a Bar - Restaurant - Nightclub called "The Brompton Club". As far as I could understand the Night Club is going to be a little bit 1920 classic, Cotton Club Style with a touch of THE BOX NY. Opening hopefully in two weeks  ... Currently looks like its Members Only. Time to go out in London

A great british Restaurant has opend in Soho - HIX - run by Mark Hix.

Nick Strangeway did a consultency for the bar - currently you see his drinks list online. Charles Vexenat is now tending Bar at Hix! Go, get your Punch ... next Menu…
Kommentar posten
READ MORE

Beyond Japanese Ice Style - Dutch Kill's - NYC / I am jealous!

Let's face it - i am jealous ... at least very impressed.

Sahsa Petraske, again, (plus this time Richard Boccato) did it. Ten years after Petraske opend Milk & Honey he still is one of the most creative persons in our industry - to me.

Dutch Kills open in April 2009 in NY. Word of mouth made NY already waiting for this bar.
Some called it Petraskes Field Trip - because it's "outside" - Long Island City.


New Yorkers like it , because MLK & HNY Standard  is now at  Long Island CityI like the cheques they writeI like the style of the barThe Secret is in the SwizzleNegroni Swizzle, Hot Mai Tai
There a bar in berlin, wich have the same style: stagger lee